This summer, UK based triathletes can now join triathlon camps in the Tatra Mountains of Slovakia where British coaches Michael Masters and Judith Brand will lead the week-long training camps offered by Jasna Adventures.

The partnership between Jasna Adventures and Michael and Judith brings together the excitement of a new alpine training destination offering great value for money and the expertise and experience of successful UK based coaches.

Michael Masters, a Level 3 British Triathlon and Road Cycling Coach is leading the coaching program. Michael started competing in triathlons in 2004 and has represented GB at international events. His coaching experience includes working with RAF Triathlon and several of Triathlon England’s Regional Academies. His athletic stature is highly regarded with the RAF sports community with 3 RAF Sports Personality awards in 5 years and the 2013 Combined Sports Official Award.

After coaching some pretty serious training camps in Spain, I’m really looking forward a change of scenery and a fresh training experience in the mountains and valleys of the Tatra mountains in Slovakia. The camps really suit those athletes looking to step up into more serious training, or working towards a major race, but also want some of the comforts of a holiday away from home.

Joining Michael is UKCC Level 3 triathlon coach Judith Brand. Judith has coached top athletes qualifying for Kona and GB representation. She has 6 years’ experience in running triathlon camps in Lanzarote and has coached over 60 athletes, ranging from novice to record breaking ironman performances. She is also an expert bike fitter.

We’re delighted our guests can benefit from the experience and expertise of Michael and Judith. Their skills combined with the guest experience we provide with quality accommodation and meals, plus the training support and logistics needed for a successful camp is the perfect partnership. And to experience all this in the lakes, valleys and mountains of Slovakia adds a fresh dimension many Brits wouldn’t have experienced before.

Three week-long training camps will be on offer this summer during July.

Michael is the owner and head coach of MSquared Coaching and Judith is owner of DRJ Performance.

Camps for clubs with their own coaches can also been arranged. Club coaches or leaders should contact Justin Garrett on justin@jasnaadventures.co.uk to start discussing options.

The Dragon’s Lair (dragonslairjasna.co.uk) opened in December 2017 for the winter season and features a full-time chalet host, lounge, terrace, jacuzzi and sauna, full bar, and set in the beautiful Demänovská Dolina, just below the ski resort of Jasna.
The chalet sleeps up to 17 people, and is owned and operated by Jasna Adventures and is exclusively designed as holiday accommodation, setting them apart from other tour operators in the region serving the UK market.
Jasna Adventures is owned and operated by Justin Garrett, who is Australian and Adriana Garrett, who grew up nearby Jasna, coming back to Slovakia after spending 10 years living and working in Asia. They have skied all over the world including France, Switzerland, Japan, Canada and New Zealand. They've taken the best of snow and mountain holidays all over the world and combined it into Jasna Adventures. Justin is also a qualified Level 1 Australian Professional Snow Instructor and has been riding around Jasna since 2012.
Justin, who has been visiting and living in the Jasna region since 2012, says: "Jasna is becoming established among British skiers as a real alternative destination to the Alps, but as a summer destination it’s really still a hidden gem. As well as great riding in and around the mountains, there’s plenty of other activities for people who enjoy outdoor adventures." 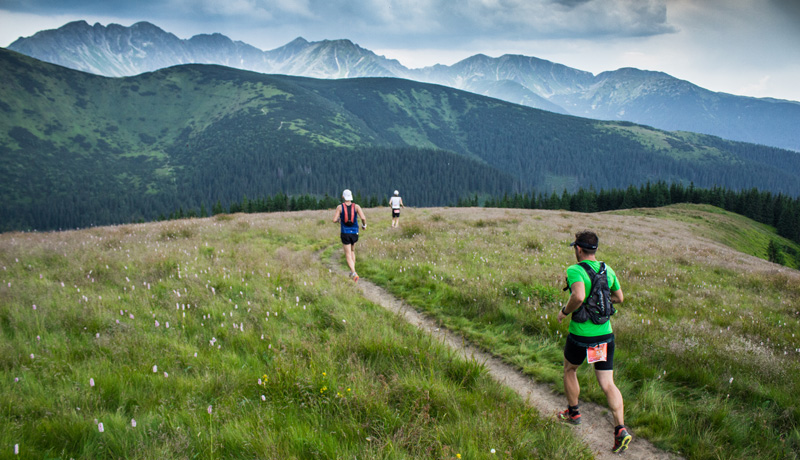