The new partnership focuses on high-end self-catered apartments and chalets in Morzine, combined with the experience and regional knowledge of the Buzz Performance team. The area is famous for its cycling routes that include the 2016 penultimate route of the Tour de France which finished in the ski resort of Morzine – as well known now for its summer activities as it is for winter holidays.

Full holiday packages are available to book directly through Elevation Alps that include the guided cycling on offer with Buzz Performance.

We are delighted to create this new partnership and as you would expect from Elevation, we have handpicked the best and most highly qualified local guides and enabled our guests to create completely bespoke packages. Morzine is an amazing place to ride with breath taking scenery and world renowned routes. The mountain passes or ‘cols’ included in the Tour de France are on your doorstep, as are many less well known spectacular climbs.

Example package:
€525 euros per person including 7 nights self-catered accommodation in Chalet des Nants 2 (based on 4 adults), 5 half day guided cycle rides, welcome pack, tourist tax, end of stay clean.
Or any Elevation guest can add on daily guiding from €35 per person.

The rides are guided by Joe and Amelia Pearson who run Buzz Performance. Amelia is a former professional triathlete and has a degree in education and performance level coaching qualifications. Joe stared his career in Aussie Rules Football but cycling is now his passion. He also has a degree in human movement and sports psychology and has much teaching experience. Both Joe and Amelia hold all the relevant qualifications to coach and guide in France.

The ski resort of Morzine is a traditional Alpine town approximately one hour’s drive from Geneva Airport, in the North Western corner of the French Alps. The ski area is part of the Portes du Soleil, one of the world’s largest ski areas, straddling the French and Swiss border, with skiing in both countries linked by ski lifts and covered on one pass. The town is also well-known for its extensive summer program and is a hub for cyclists from around the world due to the extensive mountain biking on offer and the road cycling options that include routes used for international competitions such as the Tour de France.

Elevation Alps offer luxury self-catered chalets and apartments in the French ski resort of Morzine with the additional flexibility of adding bespoke services depending on guests needs. Until now, most high-end properties have been run as catered chalets leaving little choice for those looking for luxury holidays with more freedom.

All of the properties within the Elevation portfolio are within the centre of Morzine and offer truly excellent accommodation to the highest specification.  Additional services can be added at any time on request - for example, a chef for one night or three, or a selection of fine wines delivered to directly to the apartment. A concierge service is on-hand throughout to answer any questions and provide any advice or additional services that guests require. 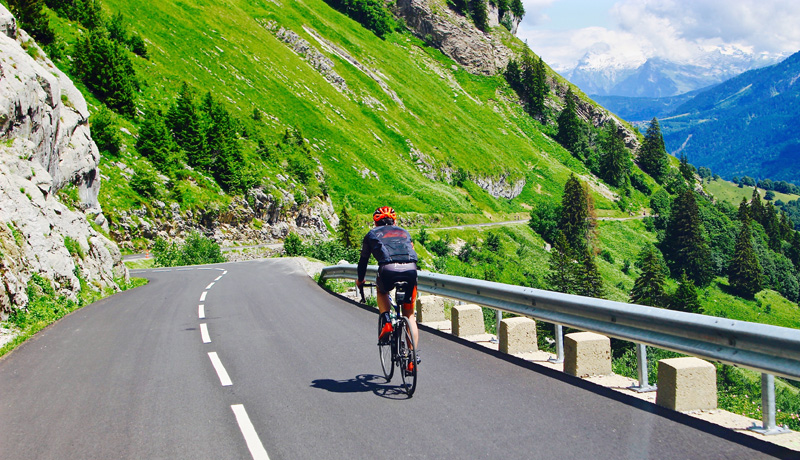