The best riders in the world will be back in Les Gets in 2021 for a new round of the Mercedes-Benz UCI Mountain Bike World Cup, from 2 to 4 July, co-organised with the French Cycling Federation (FFC).

Following the cancellation of the 2020 event due to Covid-19, the Organising Committee is looking forward to the preparation of the World Cup event this year, allowing the local team to get ready for the major event of the 2022 UCI Mountain Bike World Championships, 18 years after having successfully hosted them in 2004.

Although there are still uncertainties regarding the evolution of the health situation in July, Les Gets will be ready to deliver an event that is equal to the challenge. The Organising Committee and partners will deliver the best experience for the riders and their teams as well as members of the public.

The program this summer includes Cross-country Short Track (XCC) and Cross-country Olympic (XCO) events that will allow the athletes to compete one last time at international level before flying off to the Tokyo 2021 Olympic Games. In the Downhill category (DHI), the French group will be eager to give their best in full public display in what promises to be a very exciting atmosphere.

“We all have at heart to offer a great MTB World Cup to our public and to all the athletes this summer in Les Gets. My optimistic side leads me to believe that all the conditions will once again be in place for a great event!”

“Our federation is proud to support the resort of Les Gets, which this year will resume the programme of international events. The world of mountain biking will once again be celebrating in the heart of Haute-Savoie! This event will allow the best athletes of the discipline to get their marks on the courses of Les Gets, one year before the World Championships. For all sports enthusiasts, France will be keen to make cycling shine in 2022 with the hosting of three UCI World Championships in Olympic disciplines: BMX in Nantes from 26 to 31 July, Mountain Bike in Les Gets from 24 to 28 August and Track Race in Saint-Quentin-en-Yvelines from 12 to 16 October.”

MAJOR CHANGES FOR EACH TRACK

New lines for the Cross-Country course, Olympic discipline
While retaining its original layout on the Chavannes side, the Cross-Country course will evolve significantly this year with the addition of numerous technical sections as well as modifications to the lines that should lead to some great duels. In consultation with the FFC staff and the local track managers, a series of works is planned for spring in order to bring the course into line with the current Olympic Cross-country (XCO) standards and thus offer a more challenging and spectacular playing field. It is also in the spirit of the “Terre de Jeux 2024” label, looking forward to hosting XCO teams as part of the training programmes for the Paris 2024 Olympic Games, that these adjustments have been planned.

A more technical and spectacular track for the Downhill

For Downhill (DHI), a brand new track is being created this year. Inspired by the track that hosted the P2V Invitational last September, the course is still located on the slopes of Mont-Chéry and retains only the start and finish areas of the old track. Apart from that, everything is new. The local team of shapers have worked on the project, helping to produce a varied track where fast and technical sections follow one another.

In co-organisation with the FFC, the resort of Les Gets is currently working on the preparation of the UCI MTB World Championships which will take place from 24 to 28 August 2022. The event will mark the return of Les Gets to the forefront of the international scene and will echo the success of the last MTB World Championships organised here in France in 2004, which were one of the keys to the development and innovation of MTB in the resort

The mountain resort of Les Gets is located about 1 hours’ drive from Geneva Airport in the northern French Alps. It’s linked with 12 other resorts in the Portes Du Soleil region that total 293 ski runs and 189 lifts during the winter, with a number of lifts also operating for walkers and mountain bikers during the summer across the network. The Les Gets bike park is one of the most extensive and well known mountain bike parks in the world and has over 128kms of marked trails for all levels. Road cyclists can take advantage of an extensive network of roads that include some of the famous cols (mountain passes) close by, that have been seen on numerous occasions in the Tour de France, including the Col de la Ramaz and Col de Joux Plane. 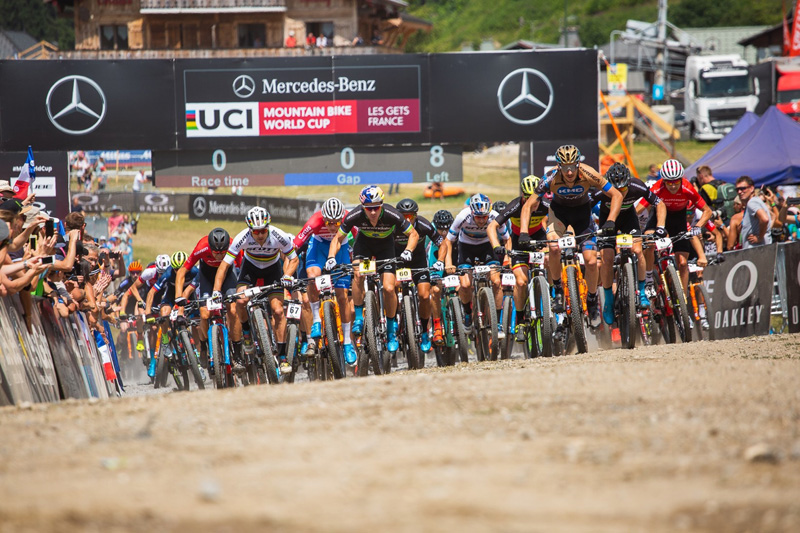